Jasmin is a Street Child United Young Leader but, thanks to her inclusion on the BBC 100 most inspiring women in 2019, her story is one that is becoming well-known.

A Rohingya refugee resettled to the UK from Bangladesh when she was just eight years old, Jasmin proudly describes herself as ‘the first Rohingya girl to play sport’. Jasmin’s sporting journey, from the streets of the refugee camp to captaining Team England in the final of the inaugural Street Child Cricket World Cup at Lords, is remarkable. She’s naturally talented – she’s played football for Bradford City FC and is now in the set up at Yorkshire Cricket Club. While sport plays a huge part in Jasmin’s life, so too has going to school. To mark the first International Day to Protect Education from Attack, we caught up with our Young Leader to talk about her experiences of education and the impact those opportunities have had on her life.

Jasmin spent the first eight years of her life living in a refugee camp in Bangladesh.

‘The life in the camp was not easy for me, or anyone who still lives there. You don’t have certain facilities for human needs, like access to clean water, personal space. My parents lived there for more than twenty years, so those are issues and challenges that have been going for generations.

‘I don’t think any of my family members ever went to school, they were unable to educate themselves. For them, it was about how to run the family.’

We asked Jasmin whether she had ever had the chance to go to school before she came to the UK and she explained that her mother had managed to register her at a school in the refugee camp. On her first day, she witnessed another child being mistreated when he arrived late.

‘I knew this was not the way any child should be treated and I stopped going to school. I thought, if I make a silly mistake, instead of being encouraged, I’ll be beaten up. I wasn’t going back.

‘In the camp, there’s no one who speaks a better language than you. You are all on the same level. You don’t stand out. All the children there have the same knowledge, speak the same language. You don’t have the mindset that there is anything outside of the camp.’

At the age of eight, Jasmin and her family were resettled to the UK.

‘I’ll be honest, on the first day of school in the UK, I was really nervous. I was really passionate about going to school, but I told my mum I didn’t want to go, because of the experience in the camp. I didn’t know any better. But my mum said I had to go, and the social workers we had encouraged me.

‘When we first arrived in the UK, people would ask me who I was, and I told them I am a Rohingya refugee. This is who I am. And they would say ‘what’s that’? A country?’. They had never heard of it.’

After settling in, Jasmin went on to pass all of her GCSE’s and attributes her success at school to hard work and encouragement from her teachers.

‘When you go to school, you see the teachers who are well-dressed, and that changes your thoughts because they look so sensible and mature. I feel as though teachers believe in you if you give them respect. If you treat someone well, they treat you the same. Students and teachers need to have that relationship. Teachers can mentor you, you have to respect them and they will do as literally as much as they can do for you.

‘At the age of 15, I played for Bradford City FC and that was because of the encouragement of my coach. If I didn’t have that at school, I don’t think that would have been possible, as I don’t have any contacts and I don’t belong from a family who is financially stable. Teachers and coaches paid for my coaching, they helped me out. It’s because of them that I am at the stage that I am at now.’

Jasmin is clear that if she hadn’t gone to school, she wouldn’t have played sport, and is unlikely to have taken part in the Street Child Cricket World Cup. Attending school gave her valuable experience and knowledge, as well as the opportunity to become a spokesperson for other young people.

As an SCU Young Leader, Jasmin now visits schools around the world, leading assemblies and coaching sessions, in order to introduce students around the world to the challenges that street-connected young people face.

‘Because of who I am, I never thought I would get the opportunity to travel. This is now a journey that I am going on. I want to keep exploring and telling my story. I want people to listen to my voice. Before 2017 [the Rohingya genocide in Myanmar] no one knew who we were. I can’t describe that feeling. Now, people listen to me and know who I am.

Jasmin’s first spoke in public at the House of Parliament during the Street Child Cricket World Cup, where she gave an impassioned speech about gender equality in sport.

‘That changed the way people look at me. That gave me a new hope, a new goal in my life. I felt that I wanted to do more of that. Before the SCCWC, I was really shy. I didn’t talk to anyone and people thought I had an attitude. But no one knew who I was, so they had different impressions as they didn’t know me properly. Now, when I talk to people, they see the changes in me. I am confident when I speak.

And pursue her ambitions she has! Jasmin will start a Marketing Degree at Bradford University in September 2020 and will be the first person in her family to graduate.

‘I honestly don’t know where it will lead me. I haven’t planned the future yet. I am playing cricket and I do want to make it professionally. I want everyone to be proud of me because I am the first Rohingya refugee girl to play sport and I want to take it further and make my community proud. That’s my main focus. I’m training hard. Before I wasn’t serious, but now everyone has high expectations of me. I’m going to get a degree, I don’t want to be someone who is bright and has no qualifications. I don’t know where it will go, but I just want to make everyone who has supported me proud.’

So, as she starts to prepare for the next stage of her education journey, what is Jasmin’s message to young people who don’t take the opportunity to go to school?

‘Anyone I meet now, I encourage them to go to school, no matter what they face. Life is all about challenges. I don’t want anyone to go through the challenges I’ve been through, but lots of people go through those challenges. Education is important – what you achieve shows who you are. Not everyone is lucky enough to get that. Anyone who has access to education must have an education.’

Jasmin is a remarkable young women and her hard work and determination have been rewarded with a place at university. This is just the start for her. Jasmin’s story is a reminder that all young people have the potential to achieve whatever they set their sights on but that too often, circumstances out of their control stop that potential from being fulfilled. Access to education is a key demand of our young people and we will continue to give them a platform for their voices to be heard.

Add Impact to your inbox

Every quarter you’ll receive an overview of your impact. 4k+ people read them. 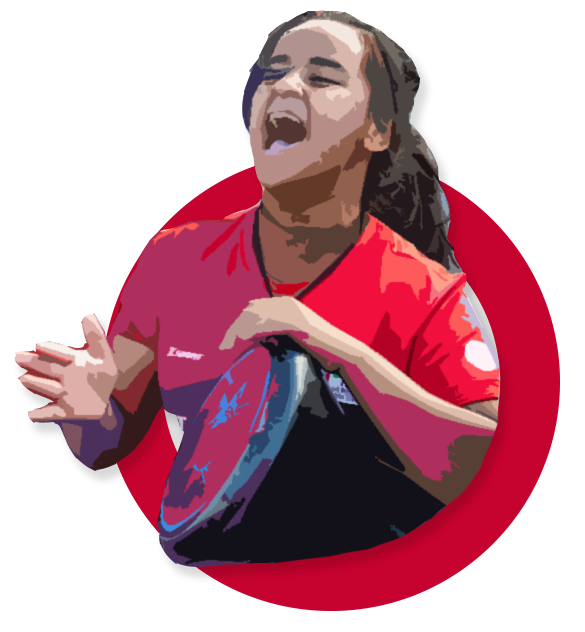 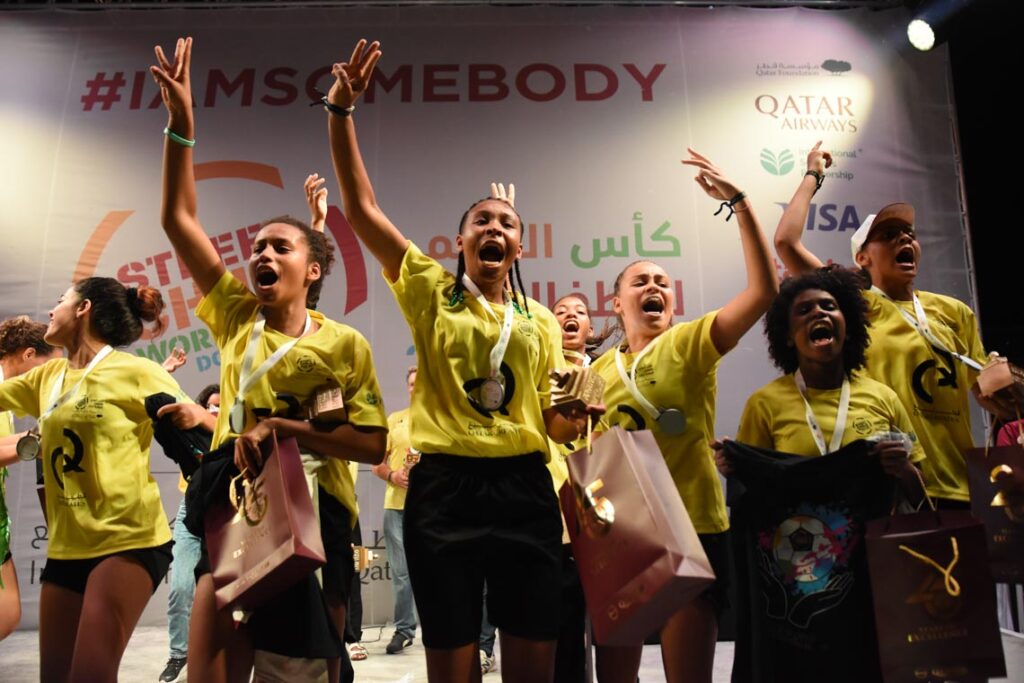 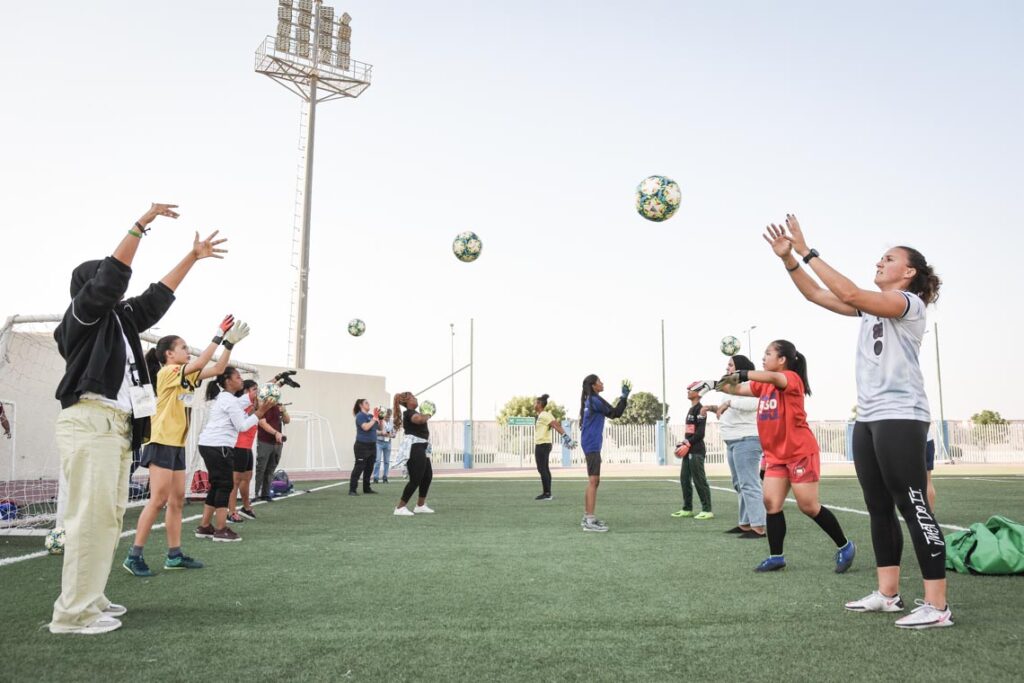 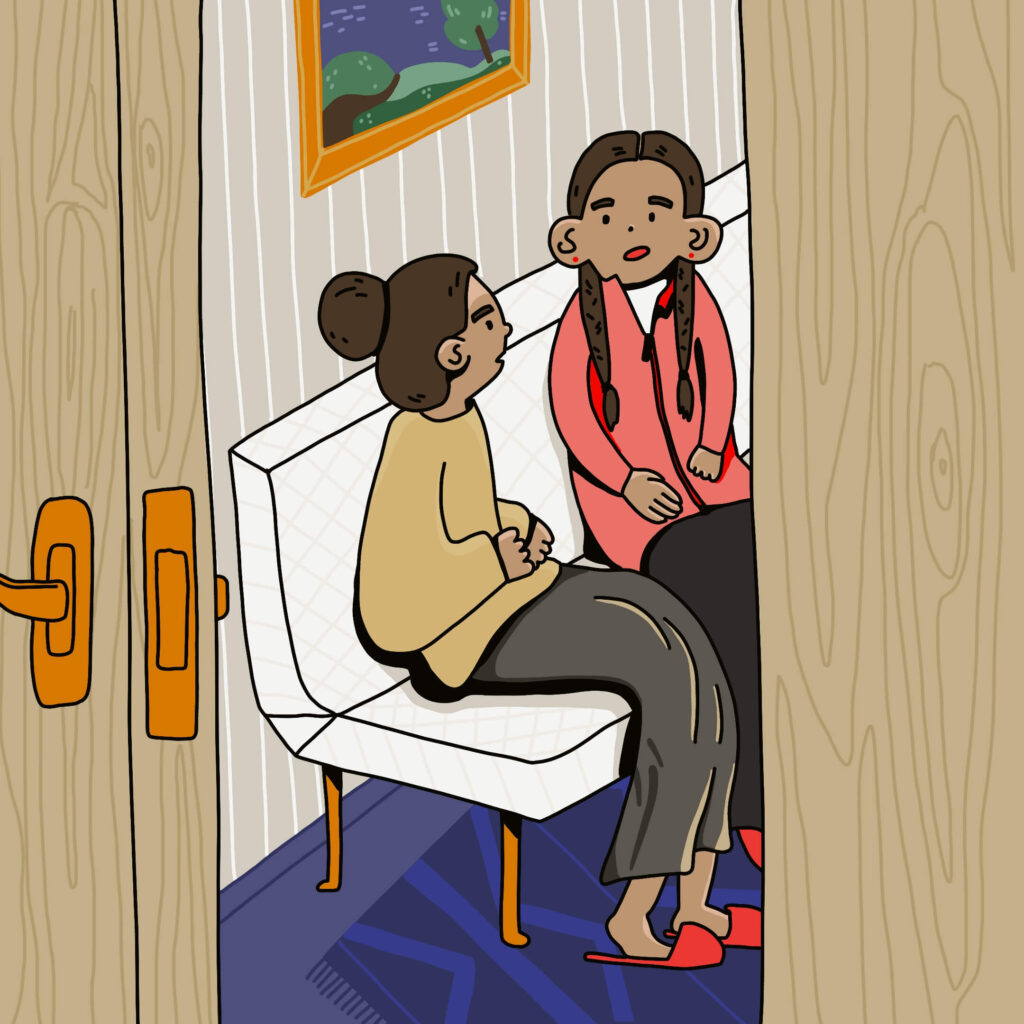 This is part two of a series of inspiring stories about the young people we serve. This story is about Devendra, who withstood the bullying 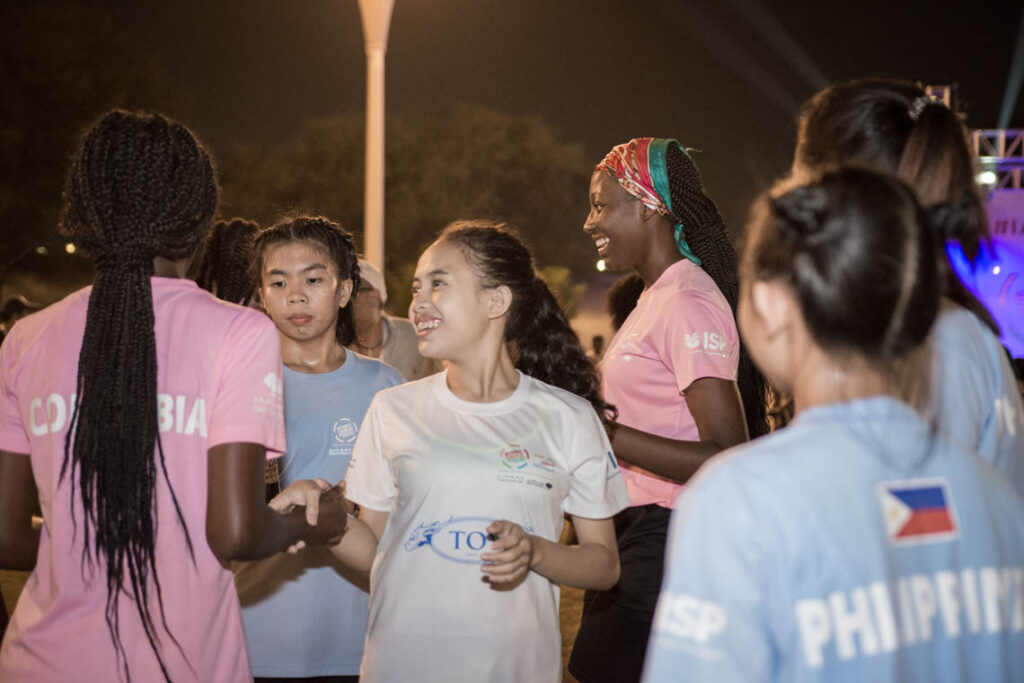 Yet another scorching day in Doha began with one of the more poignant moments of the last week. The Sudanese and Bosnian teams visited Qatar 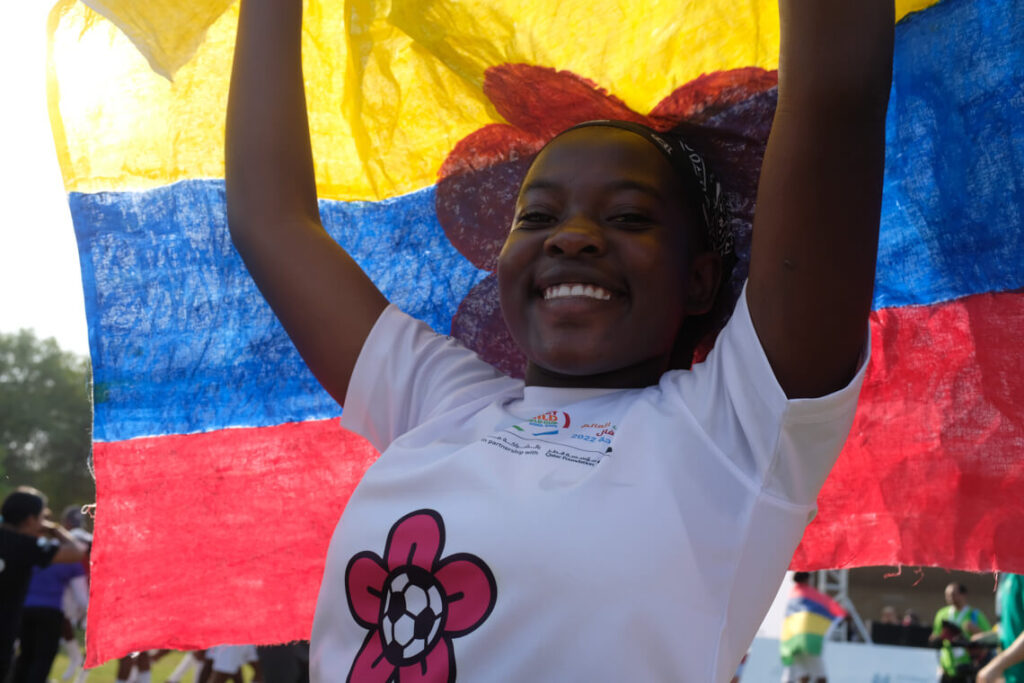 “This is the world cup for the invisibles, but you will be seen.” 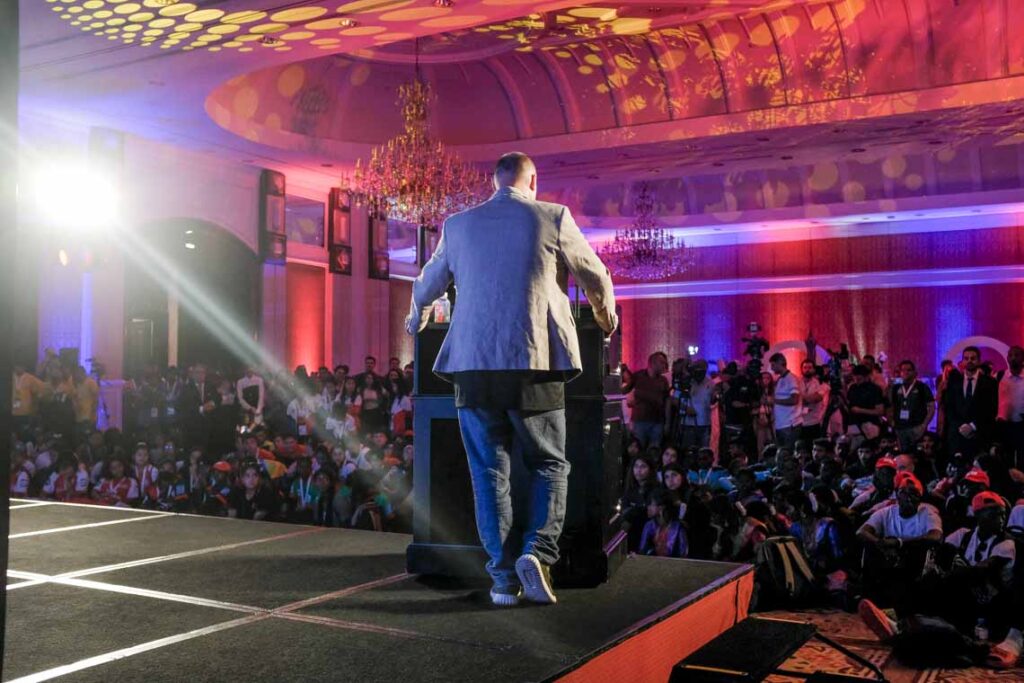 ECO-Schools, City Tours and an Ambassador Reception at the Ritz Carlton…all in a day at SCWC !

After two days of preparation for the General Assembly and the football tournament, Street Child World Cup participants got the chance to see what else

Add Impact to your inbox